Join advocacy experts to explore how rural communities can be more effective in communicating their issues at the state and federal level. 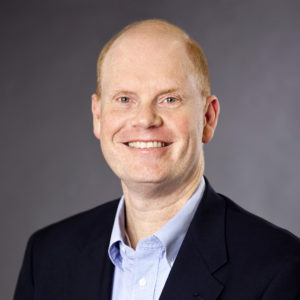 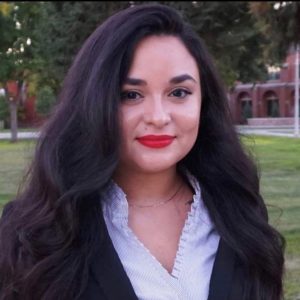 Ted Case is the Executive Director of the Oregon Rural Electric Cooperative Association, a position he has held since 2009. A native Oregonian, Ted spent 20 years in Washington D.C., where he served on the staff of Congressman Bob Smith. He also served 12 years with the National Rural Electric Cooperative Association and was the Legislative Director of the Government Relations Department. Ted is a graduate of Pacific Lutheran University and has a Masters in fiction writing from Johns Hopkins University. He is the author of Power Plays – a book about electric cooperatives and the U.S. presidency. He is also the author of the book, Poles, Wires and War: The Remarkable Untold Story of Rural Electrification and the Vietnam War. He lives outside of Portland, Oregon with his wife Nicole and two children, Malia and Jack.

Samantha Guerrero is the Bilingual Agriculture and Food Community Organizer for the Idaho Organization of Resource Councils and the co-founder of the Idaho Immigrant Resource Alliance, which is raising money to help undocumented Idaho families during the pandemic. She is a first-generation Idahoan and a daughter of Mexican immigrants. Samantha graduated in 2017 from the College of Idaho with her Bachelor of Arts in Anthropology/Sociology and Political Economy. As an activist for human rights and as a community organizer for IORC she hopes to connect with Idahoans who want to preserve democracy, help improve the lives of our citizens and work towards a more sustainable Idaho. Samantha lives in her hometown of Caldwell with her family and is currently running for the College of Western Idaho’s board of trustees this election. 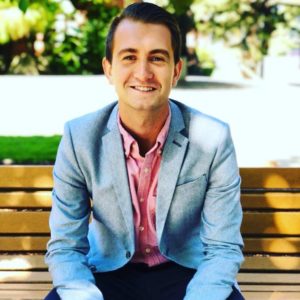 Brett Morgan works as the Metro Regional Advocacy Manager for 1000 Friends. He works to advance smart growth policies for the Portland Metro Region. His love for our lands and environment came from a childhood of camping and working on farms in the Willamette Valley. This passion led him to pursue dual majors in Environmental Sciences and Economics at Oregon State University – go Beavs! He’s spent his early career in politics, working on campaigns and politics on the state and federal levels, and continues to be very interested in bringing together urban and rural communities to solve issues collaboratively. When he’s away from work and the outdoors, Brett loves playing and seeing live music and helping with the family farms throughout Washington County.

Taylor served as Government Affairs Associate at Strategies 360 before joining Columbia Public Affairs.  He previously served as Chief of Staff for State Representative Margaret Doherty. There, he helped advocate for the largest expansion of free school meals in the nation.  He also worked on education priorities including a common-sense law requiring the State Board of Education to have a licensed educator serving on the Board, and expanding higher education access for foster youth in Oregon. Taylor started his career as an Intern for the Obama White House. Prior to his work at the White House, Taylor also served as the inaugural student member of the Oregon State University Board of Trustees. Previously, he exercised his leadership as the University’s Student Body President. He has also participated in fellowship programs including the 1000 Friends of Oregon Land Use Leadership Initiative and the Tigard Chamber of Commerce Leadership Fellowship. Taylor continues to be deeply engaged in his community serving on the Tigard Committee for Community Engagement, the Tigard Planning Commission, and on the Board of Directors for Rural Development Initiative as Board Secretary. A Political Science graduate of Oregon State University, Taylor is an avid Beaver’s fan and passionate about work that connects rural and urban Oregon.